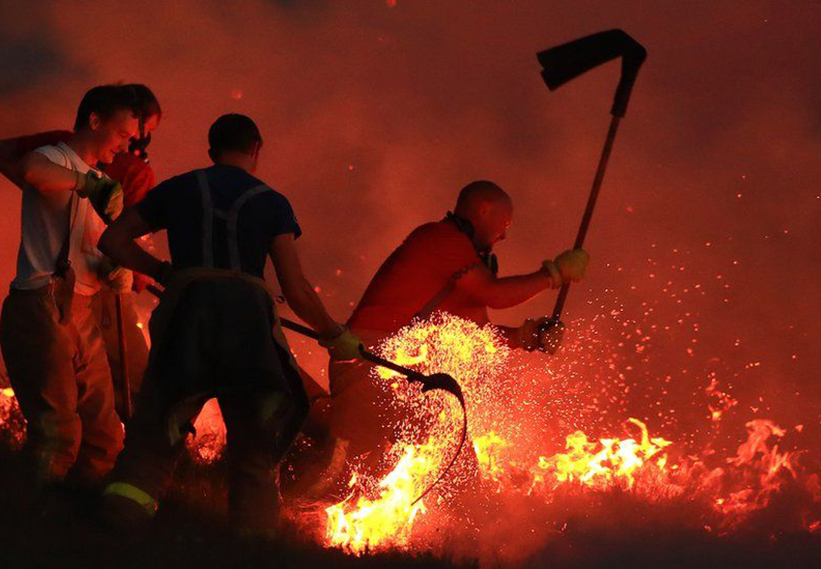 Human activity is changing the climate in unprecedented and sometimes irreversible ways, a major UN scientific report has said.

The landmark study warns of increasingly extreme heatwaves, droughts and flooding, and a key temperature limit being broken in just over a decade. The report “is a code red for humanity”, says the UN chief. But scientists say a catastrophe can be avoided if the world acts fast. There is hope that deep cuts in emissions of greenhouse gases could stabilise rising temperatures.

Echoing the scientists’ findings, UN Secretary General António Guterres said: “If we combine forces now, we can avert climate catastrophe. But, as today’s report makes clear, there is no time for delay and no room for excuses. I count on government leaders and all stakeholders to ensure COP26 is a success.”

The sober assessment of our planet’s future has been delivered by the UN’s Intergovernmental Panel on Climate Change (IPCC), a group of scientists whose findings are endorsed by the world’s governments.

Their report is the first major review of the science of climate change since 2013. Its release comes less than three months before a key climate summit in Glasgow known as COP26.

In strong, confident tones, the IPCC’s document says “it is unequivocal that human influence has warmed the atmosphere, oceans and land”.