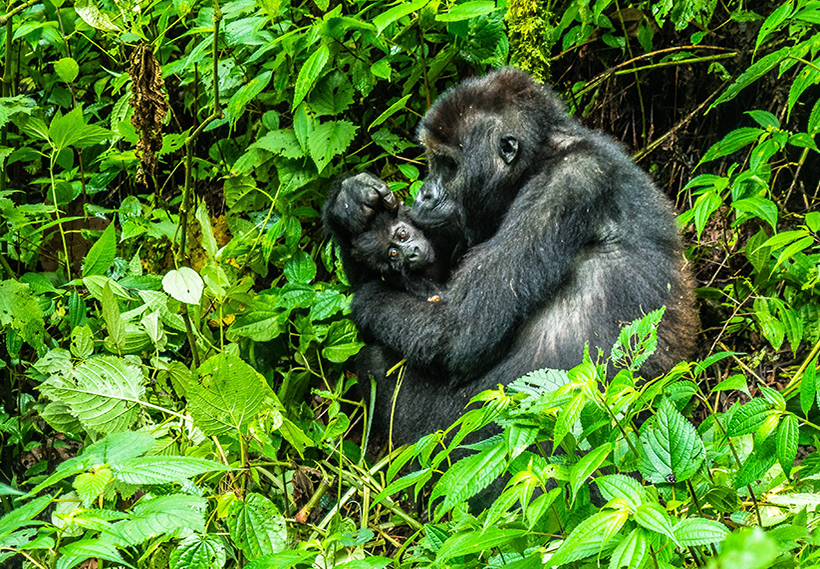 After an exceptionally challenging year for biodiversity conservation across the world because of the coronavirus pandemic, the European Union, environmentalist and Academy Award ® -winning actor Leonardo DiCaprio, and Global Wildlife Conservation (GWC) launched two initiatives to better protect the planet in 2021 worth €34 million.

Both initiatives -a Rapid Response for Ecosystems, Species and Communities Undergoing Emergencies (Rapid RESCUE) and an initiative to safeguard Virunga National Park in the Democratic Republic of the Congo- exemplify the EU’s commitment to delivering the EU’s Green Deal around the world and GWC’s mission to conserve the diversity of life on Earth.

Jutta Urpilainen, Commissioner for International Partnerships, stated: “Biodiversity is under threat all over the world; the ongoing pandemic has only highlighted even more that protecting precious ecosystems is crucial for wildlife to flourish. Our own existence depends on this. I am glad GWC with Leonardo DiCaprio and the European Union are teaming up to increase our efforts in protecting biodiversity and securing a green recovery for people and planet after the COVID-19 crisis.”

Leonardo DiCaprio said: “This year has shown that we are at a critical turning point for our planet and that we must choose to protect and restore wildlife and ecosystems, for their sake and for our own health. The current pandemic, devastating fires in the Amazon, Australia, the Congo, the larger and more frequent hurricanes in the Caribbean, and other environmental crises have shown that we must reset our relationship with nature. I am honoured to work with Commissioner Urpilainen, the EU, and GWC to establish this Fund to implement urgent conservation actions around the world.”

Wes Sechrest, Chief Scientist and CEO, Global Wildlife Conservation, commented: “Our planet’s biodiversity underpins healthy ecosystems, which are essential to a healthy planet for people and wildlife. Only by investing in nature-based solutions, as GWC and the European Commission are doing, can we tackle the twin crises of wildlife extinction and climate change, and prevent future pandemics. The EU is helping lead the way in these global efforts.”

With a budget of €30 million (EU €10 million and GWC €20 million) a Rapid Response for Ecosystems, Species and Communities Undergoing Emergencies (Rapid RESCUE) will provide a rapid response to emerging biodiversity threats. A major focus will be to reduce the impacts of future emergencies, like those caused by the current pandemic, on ecosystems critical to the planet’s health, protected areas and surrounding vulnerable communities.

GWC’s expertise in biodiversity protection and its experience working with rangers, local communities and Indigenous people allows fast interventions to protect threatened species and respond to the impacts of unforeseen events like the current COVID-19 crisis.
Well-managed protected areas are critical to the local communities living in and around them, and for the planet as a whole. They provide sustainable livelihoods and support sustainable economies, they bring clean air and water, stabilise local climates, and can help protect people from zoonotic diseases. They also ensure that healthy ecosystems are in place to support a healthy planet, resulting in a better future for people and wildlife.

GWC and the EU will provide €4 million to preserve the Virunga National Park, which is the most biodiverse protected area on the African continent. This action will expand the operational capacity of Virunga National Park, supporting great new strides in habitat restoration and furthering the Park’s role in economic growth, peace and stability in eastern DRC.

GWC will provide support to the Park through its technical expertise, particularly in conserving monkeys and apes, and lead scientific and technical advancement, such as via a technical expert committee. This committee will inform and help guide the reintroduction of eastern lowland gorillas, a threatened species, back into the Park.

Virunga is home to the famed mountain gorilla, which has bounced back from the brink of extinction but whose future is once again endangered, and more species of birds, reptiles, and mammals than any other protected area in Africa. The park earned international acclaim thanks to a 2014 Oscar-nominated investigative documentary, VIRUNGA, which tells the story of the individuals leading the fight to protect the park and the primary threats to its existence. Mr DiCaprio served as executive producer.