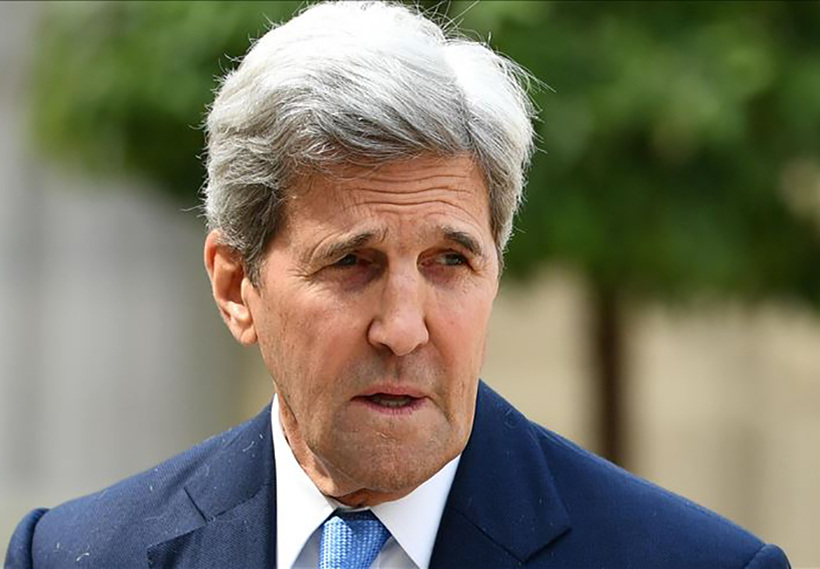 U.S. special climate envoy John Kerry warned Thursday that the world needs to significantly ramp up its efforts to tackle the climate crisis as the United States has moved to rejoin the Paris climate accord.

During an online event of the B20 — the G20’s forum of business leaders — Kerry said the United States and the rest of the world should approach global climate talks with “humility and “ambition.”

“Humility because we know that the federal government of the United States, until yesterday, walked away from the table for four wasted years when we could’ve been helping to meet the challenge,” Kerry said during his first appearance as the U.S.’s new climate envoy.

“And humility in knowing that today no country and no continent is getting the job done,” he emphasized.

Kerry, who served as U.S. secretary of state under former President Obama, said there will need to be a wholesale transformation of the global economy if the world is to reach the Paris Climate Accord’s goal of net zero carbon dioxide emissions by 2050.

“But we need to all move together, because today very few are on a trajectory of the steep reductions needed to meet even current goals, let alone the targets we need to avert catastrophic damage,” he said.

Kerry noted the opportunity a zero-emissions future has for businesses, citing the success of electric car manufacturer Tesla and the construction of the world’s largest zero emission steel plant in Austria that’s being built by Mitsubishi, among others.

“The road ahead is exciting. It means creating millions of middle-class jobs. It means less pollution in our air and in our ocean. It means making life healthier for citizens across the world. And it means we will strengthen the security of every nation on earth,” he said.

Within hours of his inauguration, President Biden signed an executive order to rejoin the Paris climate agreement as his first major action to tackle global warming. The move reverses former President Trump’s withdrawal from the pact, which made the U.S. the only country in the world that wasn’t aligned with the effort.

The urgency to reduce emissions comes as 2020 tied with 2016 as the hottest year on record. Last year’s temperatures were an average of 1.02 degrees Celsius warmer than the average between 1951 and 1980. According to NASA, the increasing temperatures are resulting in sea ice loss, sea level rise and worsening heat waves.