Biden: This will be a ‘decisive decade’ for tackling climate change 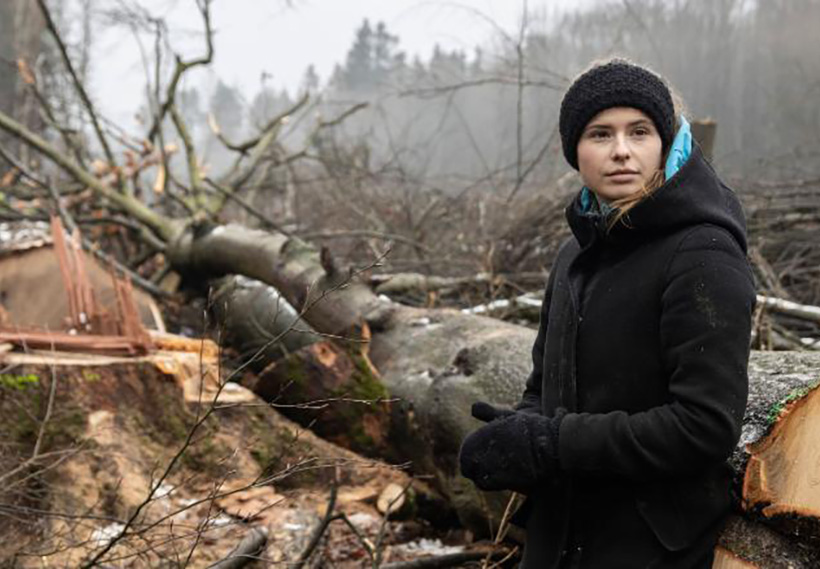 Kids are taking governments to court over climate. And they are starting to win

It was early in the morning when Luisa Neubauer got the call from her lawyer. She was staying at her mother’s house, frantically trying to finish a book she’d been working on, so she said it took her a moment to realize what had happened.

The 25-year-old climate activist had taken the German government to court last year and won.

On April 29, the country’s Supreme Court announced that some provisions of the 2019 climate change act were unconstitutional and “incompatible with fundamental rights,” because they lacked a detailed plan for reducing emissions and placed the burden for future climate action on young people.
The court ordered the government to come up with new provisions that “specify in greater detail how the reduction targets for greenhouse gas emissions” by the end of next year. The decision made headlines across the world.
“It was hard to digest, because it was so, so unexpected,” Neubauer told CNN, stressing that while it was her name on the case — Neubauer et al. versus Germany — she was just one of many people involved.
“This case changes everything,” she said. “It’s not nice to have climate action, it’s our fundamental right that the government protects us from the climate crisis.”
Peter Altmaier, the German minister for energy and the economy called the court’s finding “significant” and a “historic decision for climate and the rights of young people.”
Climate lawsuits are becoming an increasingly popular and powerful tool for climate change activists. A January report released by the United Nations Environment Programme found that the number of climate litigation cases filed around the world nearly doubled between 2017 and 2020.
Crucially, the governments are starting to lose, Neubauer’s victory came just months after a court in Paris ruled that France was legally responsible for its failure to meet emission cutting targets.
Another similar case involving six young people from Portugal was fast-tracked at the European Court of Human Rights last October.
Mark Clarke, a partner at the international law firm White & Case, says that not only are there more climate cases being brought forward, there’s also a shift in the way they are being framed. “The most significant trend is the pivot away from claims for damages as a result of the physical impacts of climate change, towards rights-based claims,” he said.
The cases are most often centered around the idea that future generations have a right to live in a world that is not completely decimated by the climate crisis.
Neubauer and her co-claimants argued that the current German government’s failure to have a concrete plan to reduce emissions beyond 2030 would make their lives more difficult because they’d be forced to confront the catastrophic impact of climate change in the future.
The 2019 law called for a 55% reduction in greenhouse gases by 2030 from 1990 levels.
The lawsuit argued that the target wasn’t sufficient to meet Germany’s obligations under the Paris accord. Under the agreement, most signatories pledged to keep global temperatures below 2 degrees Celsius and as close to 1.5 degrees above pre-industrial levels.
The Intergovernmental Panel on Climate Change (IPCC) has said that warming of more than 2 degrees would have devastating consequences, including sea level rise, frequent heatwaves, extreme weather and droughts.
“The [German Constitutional] court was not so much talking about the impacts of climate change on young people, but the impact of mitigation measures,” said Gerry Liston, the head of climate litigation at Global Legal Action Network, or GLAN.
“If action is delayed, it will require vastly greater emissions reductions in the future and that would impose a massive burden on those alive then,” he said.
Liston is representing the six Portuguese young people who have taken 33 governments to the European Court of Human Rights over their failure to act on the climate crisis. Aged between nine and 22, they are already experiencing its effects. Four of them are from Leiria, a region devastated by deadly wildfires in 2017. The fires killed at least 62 people — some of them burned alive in their cars as they tried to escape.
Joana Setzer, a fellow at the London School of Economics’ Grantham Research Institute on Climate Change and the Environment, said the fact that so many of the climate cases are brought by young people makes them more powerful — because children and young adults can legitimately argue they will face the worst impacts of the climate crisis in the future.
“These kids, they found their voice, they went to the streets and they were there, shouting in front of parliaments, and when they couldn’t go to the streets anymore because of social distancing and Covid, they went to court,” she told CNN.
Governments around the world have been coming up with ever more ambitious climate targets in recent years. But according to UN climate chief Patricia Espinosa, many have so far failed to set out plans on how to reach them. Now, they are being held accountable for their promises.
“The government seems to still mix up setting climate targets with doing climate action,” Neubauer said. “It’s two different things — targets cannot replace what the government does now, and what the government does right now is basically preventing us from reaching those targets.”
Source: CNN
Share