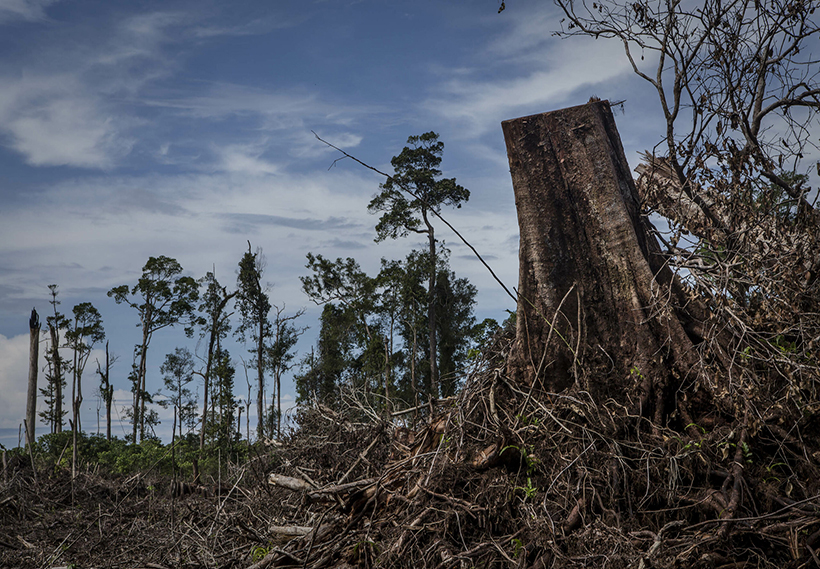 TRUMON, INDONESIA - NOVEMBER 13: A view of recently land clearing for palm oil plantation of the peatland forest inside Singkil peat swamp Leuser ecosystem, habitat of Sumatran orangutan (Pongo abelii) in Iemeudama village on November 13, 2016 in Trumon subdistrict, South Aceh, Aceh province, Indonesia. The Orangutans in Indonesia have been known to be on the verge of extinction as a result of deforestation and poaching. Found mostly in South-East Asia, where they live on the islands of Sumatra and Borneo, the endangered species continue to lose their habitat as a result of corporate expansion in a developing economy. Indonesia approved palm oil concessions on nearly 15 million acres of peatlands over the past years and thousands of square miles have been cleared for plantations, including the lowland areas that are the prime habitat for orangutans. (Photo by Ulet Ifansasti/Getty Images)

New Report: Climate Change and Biodiversity Loss Must Be Tackled Together, Not Separately

Slowing global warming and stemming the loss of biodiversity have been viewed as independent challenges for years.

But a new landmark report concludes that climate change and the rapid decline of natural ecosystems are intertwined crises that should be tackled together if international efforts to address either are to succeed.

The report, released Thursday, was written by 50 of the world’s leading experts on biodiversity and climate change, representing two major international scientific groups collaborating for the first time: the Intergovernmental Science Policy Platform on Ecosystem Services (IPBES) and the Intergovernmental Panel on Climate Change (IPCC). The findings emerged from a workshop held in December and months of subsequent research, and come as leaders gear up for two major upcoming United Nations conferences, one focusing on biodiversity and the other on climate change.