Climate and nature crises: solve both or solve neither, say experts 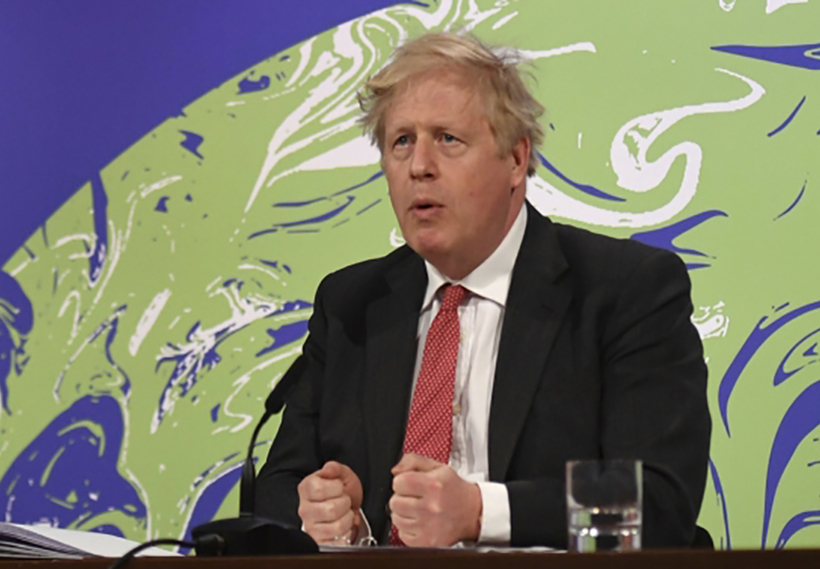 Britain's Prime Minister Boris Johnson speaks during the opening session of the virtual global Leaders Summit on Climate, as he sits in the Downing Street Briefing Room in central London, Thursday April 22, 2021. The virtual event attended by many national leaders from their countries, to raise global ambition on climate change is taking place on Earth Day, and hosted by US President Joe Biden. (Justin Tallis/Pool via AP)

Campaigning on climate change used to be the preserve of sandal-wearing, foil-hatted lentil lovers. But something momentous happened this week. G7 leaders agreed to make climate-related financial disclosures mandatory across their respective economies.

It can’t be stressed strongly enough how important this is. Yes, if you care about the planet then holding companies to account on their carbon output is vital. But this marks an ideological shift in western thinking and in developed economies.

Until now, economic value has been seen in purely financial terms. Profit equals success. What this commitment means is that political leaders are agreeing to weave environmental value into that equation.

By default, that also has positive implications for considering social value as well, though more work is needed in codifying that. It is a sea-change in economic terms, creating (and recognising) the financial implications of climate change.

This is a super-smart move by the British Government, which has pulled off the coup of hosting COP26, the UN climate change negotiations, in Glasgow in November. Not only has Britain led the way among global counterparts in committing to net zero by 2050, post-pandemic this move underlines the Tory agenda for “green growth”.

It paves the way for a stronger possibility of a Glasgow climate agreement between global leaders beyond the G7 too. And, it redraws economic boundaries in a way that not only benefits the environment, but will also prove a turbo boost to economic recovery.

In practice what this means is jobs. Companies that have long rested on their laurels will be forced to improve their carbon footprints. That will require investment in both people and infrastructure. Those who are skilled in sectors that have high carbon outputs will necessarily be reskilled – think oil rig worker turned offshore wind turbine worker.

The positive potential is huge, but with it comes the risk of exploitation. Companies are already falling over themselves to tell us they are the greenest of the green; proving it is another matter.

In a bid to get in front of the potential for greenwash to impede genuinely helpful behaviour change, the government in the UK also announced the establishment of a Green Technical Advisory Group (GTAG), which will oversee the delivery of a “Green Taxonomy” – a common framework setting the bar for investments that can be defined as environmentally sustainable.

The group will be chaired by the Green Finance Institute and made up of financial and business stakeholders, taxonomy and data experts, and subject matter experts drawn from academia, NGOs, the Environment Agency and the Committee on Climate Change.

Whether or not you “believe” in climate change and humanity’s power to slow it is now largely irrelevant. Getting on the green bandwagon is now about money as much as saving the planet. Those opting not to will be left behind economically, and that is the most powerful motivator of all.